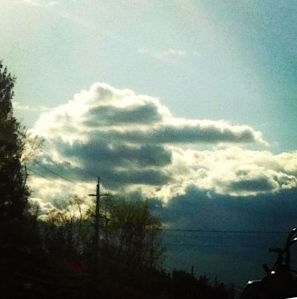 Somehow this pix was posted in the FB News Feed, taken by Jamie O’Connell on 14Apr 2012 at 1815hrs near Fort William, Scotland/UK. 888,435 people liked it; 147,608 shared it. Even if the pix has been photoshopped, it is still a cool pix and a sign and inspiration for me to search for some of my favourite cloud pix to share. 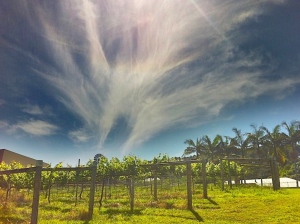 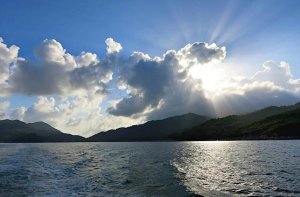 Credits to Harry Chan, HKG hiking buddy taken on the way from Chi Ma Wan to Mui Wo after the beach clean up in Lantau Island/HKG 27Aug 2013. 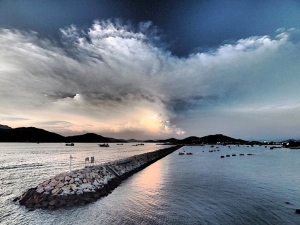 Credits to Martin Williams, an English photographer/ecologist who lives in HKG. Taken in Cheung Chau/HKG 27Aug 2013 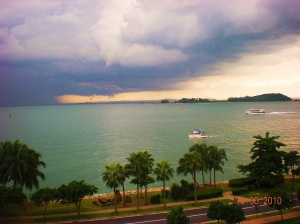 When no words can replace these wonderful blessed feelings of being together with the children and grandchildren, then these cloud pix will do the job for today. Appreciations to those who shared their cloud pix. Thank you for enjoying the beautiful clouds in its natural form and remember that there is no single one alike and every cloud has a silver lining, just like us humans!

A glorious weekend to y’all

Look up! What is that apparition of dazzling brightness rising softly upon the blue sky from behind those tall and massive elms? If you saw it for the first time in your life, you would say it must be some celestial visitant. Is it light itself from heaven taking shape, and just softened and subdued to the endurance of a mortal vision? It is nothing but a cloud!—mere vapour that the unseen wind moves and moulds, and that the sun shines on for a little time. ~William Smith