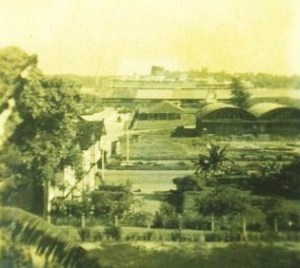 1950s: The above picture was taken with the habour view from 5 Temenggong Road. Quite a contrast from the BEFORE to NOW, where the wavily roofs then is now Vivocity with more wavily roofs… at least the wavily remain consistent 🙂

INVESTORS can now own a piece of Singapore’s largest mall or be landlords to a big American bank and the operator of the world’s second busiest seaport.

This can now happen, after Mapletree Commercial Trust (MCT) announced Monday that it will raise $893 million in an initial public offering (IPO).

The offer could also potentially rise to $983 million if the over-allotment option of 101.5 million units is exercised in full.

MCT, which owns Vivocity mall and office complexes including the Bank of America Merrill Lynch Harbourfront and PSA Building, will offer about 713 million units priced at 88 cents apiece.

Based on the offer price, trust manager Mapletree Commercial Trust Management has forecast a distribution yield of about 5.7 per cent for next year and 6.2 per cent for 2012.

The public offer for MCT opens tomorrow and closes at 9am on Apr 25. MCT expects to list on the Singapore Exchange two days later on Apr 27.

One thought on “Temenggong Road(2)”