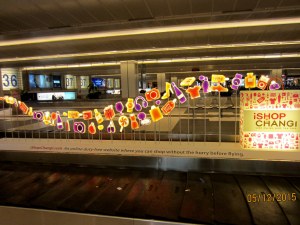 Sat: safe and sound in SIN dark and early after an uneventful and on-scheduled Tiger-ride. This must have been the longest cruising on the tarmac after landing – seemed like there was no parking space. No worries all’s well that ends well and was back in my bed sleeping like a log zzzzz within an hour after getting off the plane. Definitely deserves the credibility of being the world’s best airport.

Glad to catch up with Kat, Greg & Devon before they head back to NY/USA early tomorrow. Tkx to Les&Ivy for delicious seafood dinner at Long Beach Dempsey****

Sun: was planning earlier to be in JB/Malaysia to attend god-bro KeeJin’s funeral. Condolences to god-sis Pat and her family. Got news that the Sultan of Johore younger son’s funeral was also on the same day, which means that we will get probably get stuck in traffic all day in Malaysia.

Instead got stuck in SIN traffic in the bus with roads closures and detours because of the marathon which completely escaped the mind. Apologies to Chuan & family from KCH who had to wait. 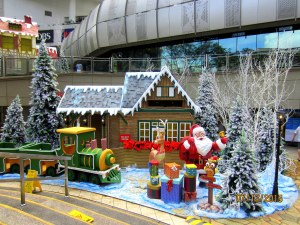 Mon: just had to rest for a day before I get sick. Did some unpacking and getting the list of to-dos for the holiday season. Picked up the Christmas postage stamps from the local post office at Parkway and rather like their decorations this year. Looks like the seasonal greetings mail will be late again – it will not be the first nor the last!!!

Here is something for everybody, especially to those who like posting empty words of wisdom 🙂 A good week to all…