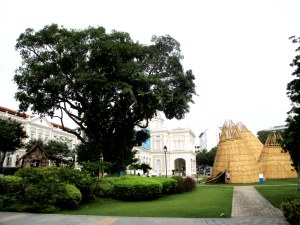 Sat: out bright and early to run errands. The huts attracted attention while waiting for the bus by the National Museum. Took a detour to see what they were about? SIN Biennale: Lumbung Ilmu (Granary of Knowledge), is an installation by Indonesian artist Rosid, in which he turned a hut, which was originally used by Indonesian farmers to store harvested rice, as a multi-functional space — a library, prayer room and a gathering point.

The vertical gardens at SIN Management University/SMU never fail to amaze me. Delightful memories of an International group of exchange students (pix Mar 2012) who are now traveling and working around the world.

Way to go, Ashley, JeanB, Magnus, Natasha, Ryan and Tommy. And do return for a visit soon! But see the world first 🙂 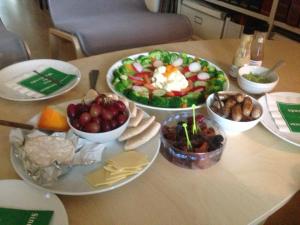 Nice weekend catching up with friends and getting to know a new one. Tkx to KB&Mindy who brought durians and mangosteens, yummy desert after a cheese and veggie platter. To family and friends who will have an extra hour of sleep due to Daylight Saving Time, instead of thinking that the US grandchildren are 12hrs behind, 13hrs will be it until Spring Forward and can look forward to seeing them.

Sunday Times: A woman was arrested by the police after she climbed over the railing at Changi Airport Terminal 1 on the netting below the Kinetic Rain sculpture…

OH NO, my favourite sculpture at the airport, she should be deported! 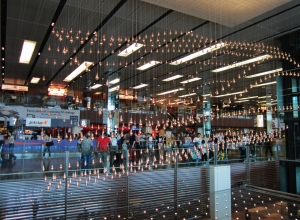 I’m still a firm believer that we were definitely put here to use our mind and that is what makes us different. And that’s the key. If there is anything that is going to stop mankind from being such a beastly, destructive creature it is reason – Caleb Carr